What is the best part of a vacation? The expectations beforehand? The actual experiences of the trip itself? Or is it the memories afterward? Whether it’s a family vacation, group trip, honeymoon or a girls’ getaway, it’s the memories that take that short time into the future. We enjoy photos, journals, videos and souvenirs to help keep those memories with us. 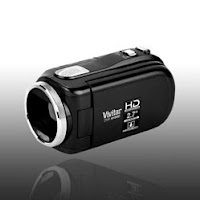 Our Girls’ Getaway Cruises brands, “Chicks at Sea” and “Eat, Pray, Love Cruises”, are sponsoring a contest called “Bring Home the Memories” with a grand prize of a Vivitar Digital Video Recorder 910 for one lucky winner to use for capturing many future memories with photos and movies. There will also be at least a half dozen prizes of fun items from cruise lines and Connie George Travel Associates.
Entering the contest is easy! You’ll receive one entry for every travel tip you submit to us via this blog, our Facebook page or Twitter.

Contest rules:
* Contest is open to anyone 18 years of age or over. Participants must reside in the U.S. and have a U.S. address to which prizes can be mailed.

* Entry is by submitting a travel tip. Travel tips can pertain (but are not limited) to cruising, flying, hotel/resort stays, safety, traveling with children, traveling with a disability or safety. Tips must be valid suggestions (i.e. no “Tie your laces after you put your sneakers on.”)

* You cannot submit the same tip more than once.

* Entrants agree to their tips possibly being included in future literature from Connie George Travel Associates.


The winners will be selected between October 5-10, 2010 by award-winning Frommers.com travel columnist and accessible travel guru, Candy Harrington.

Winners will have 48 hours to respond with contact information that includes a U.S. postal address. If there’s no response within 48 hours, a replacement winner will be drawn. 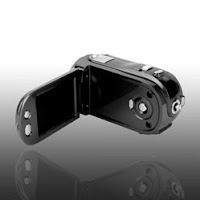 Grand prize is a digital camcorder. Win a Vivitar DVR 910. This great recorder will allow you to take still shots and videos to share with family and friends. Includes software which will even enable you to upload movies for YouTube! Additional prizes will also be provided.

I had a problem after my second cruise. I realized on my first cruise that I was addicted to cruising. I realized after my second one that I couldn’t afford to gain five pounds each time I went on one! Working with a newly devised plan, I managed to actually lose two pounds on the third cruise! Here’s how I did it:


Beverages-
Think about what you drink. A Pina Colada has over 600 calories. In comparison, a Cosmo is a slimming 150 calories. Substitute your Coke with a Diet Coke in your high 180 calorie “Cuba Libre” (Rum and Coke with Lime). Beer and wine beat out mixed drinks on the calorie count, but a light beer or wine spritzer are even better choices. One of many online sources to read further about calories in alcoholic drinks is on BNET.

Terrific substitutions for sodas and alcoholic beverages are diet sodas and juice spritzers requested with your favorite juice mixed with seltzer water. Coffee, tea and unsweetened iced tea are all calorie- and cost-free. Of course, best of all is water. In addition to the tap water which is safe to drink, all ships offer bottled water for purchase.

Speaking of water, be sure that you do drink lots of it. Water will help fill you up so you’re less hungry and it will keep you from drinking more calories because of thirst. Drinking water will also help keep you hydrated which is especially important if you are cruising in a warm climate.

Food-
You’ve heard about the massive amounts of fantastic food that is available. It’s true. But that doesn’t mean that you have to eat it all. Cruise lines are now offering “healthy choices” on their menus which makes menu selection easy if you are food choice challenged.

See something yummy on the regular menu, but just reading the description of how it’s prepared starts raising your cholesterol? Don’t be shy! Simply ask that they prepare your meal without the sauce. There are lots of fish and chicken entrees throughout the week. Be sure to take advantage of all of the wonderful fresh vegetables and fruits throughout your vacation.

Don’ skip meals. It may sound like a silly suggestion given that there’s food available all of the time, but it’s easy to get off schedule when you’re on vacation. You may be busy doing something exciting or maybe busy with relaxing. Remember to eat small healthy snacks between meals.

Exercise-
Cruise ships have gyms and some of those gyms compete with (or beat!) many landside gyms. View this video to see the state-of-the-art gym available on Oasis of the Seas and Allure of the Seas. You don’t have to do a traditional work-out to burn calories. You can jog on the deck or take a fitness class. On some ships, you can work off a dessert by shooting hoops, climbing a rock wall or going skating! Another simple option is to opt for the stairs instead of the elevator. With the size of many of today’s ships, that can allow you to fit in many short workouts!

I’m not saying someone who is trying to keep with a healthy diet shouldn’t enjoy treats you might not have in home, but like Rachel Ray says, “All things in moderation.” With so many foods, beverages and activities to enjoy, give consideration to your choices so you don’t come home to feeling guilt or added pounds!
Posted by Connie George, CTC at 9:17 PM No comments:

National Grandparents Day is September 12. It always falls on the first Sunday following Labor Day. I had planned to write an article about multi-generational cruise vacations which have become so popular. I even have permission from a client to use their three generation family cruise photo for the blog.


But when I sat down to write this evening, I had a change of mind. (female prerogative!


Early in their marriage, my grandparents went to London and, when I was very young, they went to Mexico. I remember because they brought back a silver charm bracelet and a pair of maracas for me, all of which I still have. I was fascinated by these exotic gifts from a foreign country! A few years ago, I was amazed to find Nanny and Pop Pop’s on a 1938 ship’s passenger manifest from the s.s. Monarch of Bermuda on Ancestors.com. What a neat find that was among the many incredible family facts I found there!

Mexico was their last overseas trip. I never got the impression that Pop Pop was all that interested in travel. He was happy in his home, work, church and especially when his daughters and their families visited. Frankly, I think being in the Army stationed in Pearl Harbor in 1941 gave him his fill of foreign travel and I believe the international vacations after that were done out of love for my grandmother. But Nanny, well, I think she was a traveler at heart. She loved her home and family, but I can also picture her being in awe of the sites, sounds, smells and tastes of the world.

Pop Pop died in 1982. Nanny and I started talking about us traveling in the future. The look in her eyes would change for a few moments and I knew it was a few minutes’ reprieve from the sadness of her loss. Unfortunately we never got to fulfill those last travel dreams together because Nanny died from a broken heart only a few months after Pop Pop. I’m happy she had those travel dream diversions and know that I would have loved traveling with her. It’s my loss that I never got to have those adventures with her.

Traveling can be an amazing experience. Grab any opportunity you may have to do it with your grandparents or grandchildren. There may be lessons gained.  And memories that will last through generations.

Nanny and Pop Pop…. Thinking of you and loving you as much as ever.
Posted by Connie George, CTC at 2:23 PM 1 comment:

Visit us on the web: